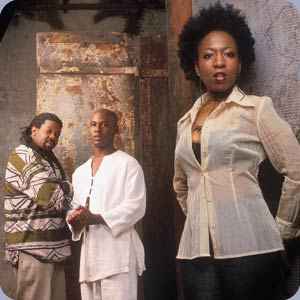 Profile:
Eternal Sun began as an idea to bring the sounds of tribal cultures to the dance floor. This idea required traditional instruments mixed with electronic drums, synthesized sounds, and wherever possible, a vocal/chanting hook. It came along when Matt Keyz heard musicians known as 'The Drummer's Circle' drumming in 6/8 patterns. The name "Eternal Sun" came from a book describing a place with a sun so enormous that it will never perish. Keyz feels his music is symbolic of a rhythm that has survived time; a vibe that's been passed on to be heard, appreciated and interpreted by all for themselves.
Aliases:
Afro Centric Vibe, Black Daniels, Bleu Vybes, DJ Romain & Matt Keys, Emenar One, Future Minds, Manhattan People, Mind Over Matter, Producers On Wax, Quality Kontrol, Raise The Roof, Romatt, The Housecrew, The Saintz, Wild Life On The One
Members:
Matt Echols, Romain Gowe