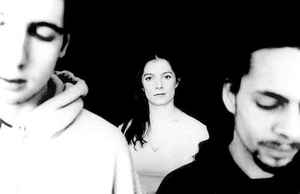 Profile:
Breakbeat Era was a short-lived British project that combined the breakbeat talents of drum and bass producers Roni Size and DJ Die with the vocals of singer Leonie Laws.

Spearheaded by the eponymous single "Breakbeat Era", the group released the Ultra-Obscene album in 1999. It was one of the first rock/pop/drum & bass fusion albums; a genre which similar artists Kosheen would also explore later.

May 17, 2013
@robocypher. Hear what your saying, but for that brief moment in time they did shine very brightly!

August 3, 2012
DJ Die and Roni Size failed to properly combine their talents during their two-year stint as Breakbeat Era, IMO. Ms. Laws doesn't seem to fit well onto a whole LP's worth of material, either...perhaps if she had been limited to a few tracks it would've been different.
See 2 replies