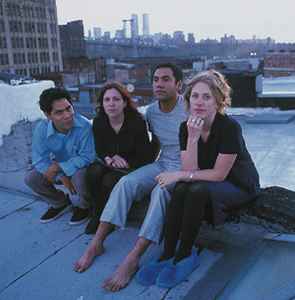 Profile:
Formed in 1992 by the core duo of singers/guitarists Daniel Littleton and Elizabeth Mitchell, Ida is an indie folk-pop act hailing from New York. Littleton emerged in 1985 as a member of the Annapolis, Maryland-based punk group the Hated; after their 1989 demise, he continued in a series of bands including Three Shades of Dirty, Choke, and Slack, which also featured future Tsunami frontwoman Jenny Toomey. Mitchell, meanwhile, began performing as one half of an acoustic duo with singer/songwriter (and fellow Brown University alum) Lisa Loeb. Both Mitchell and Littleton later played on Loeb's breakthrough hit "Stay," which became a smash hit during the same year as Ida's debut.

Tales of Brave Ida After signing to Toomey's Simple Machines label, Ida introduced their sound in 1994 with Tales of Brave Ida, a luminous collection of languid, minimalist pop songs. Following the addition of Littleton's brother Michael (formerly of Baltimore's Hassassins) on drums, they returned in 1996 with the stunning I Know About You. The addition of Beekeeper bassist Karla Schickele preceded 1997's brilliant Ten Small Paces, and that same lineup resurfaced a year later with an EP, Losing True. While still a member of Ida, Dan Littleton also played in Liquorice with Toomey and His Name Is Alive's Trey Many; additionally, he and Mitchell were wed in late 1999, shortly after brother Michael's exit from the group. Following an ill-fated major label stay at Capitol, Ida finally released the full-length Will You Find Me on the Tiger Style imprint in the summer of 2000. A year later, the group returned with The Braille Night. The remix album Shhh.... was Ida's only full-length release until 2005, when Polyvinyl issued Heart Like a River. Three years later, the group released their seventh album, Lovers Prayers, as well as an intimate EP entitled My Fair, My Dark.
Sites:
web.archive.org, Facebook, Bandcamp, polyvinylrecords.com
Members:
Daniel Littleton, Elizabeth Mitchell, Jean Cook, Karla Schickele, Michael Littleton, Ruth Keating