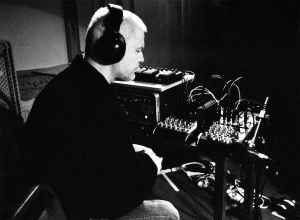 Real Name:
Bernhard Günter
Profile:
Born 1957, in Neuwied, Germany, Bernhard Günter began playing drums at 12, switching mostly to the electric guitar at 17. In 1980, he moved to Paris to study contemporary compositional techniques at RCAM and College de France and work in the libraries of IRCAM and Centre Pompidou. While he lived in Pairs, he would work with the Ensemble Choreographique de Vitry several times, providing music for performances. In 1986 he returned to germany where, in 1987, he began to work on his first compositions for computer music, releasing his first cd, "un peu de neige salie," in 1992, after 4 years of preparation and one year of work, releasing a second cd, "détails agrandis"shortly after. In 1995 he founded the label Trente Oiseaux to release his own work and that of similar artists.

Since the mid 90s, he has played concerts all over the world. His music is regularly played (in absentia of the composer) at the Futura Festival de musique acousmatique in Crest, France, and "the ant moves / the black and yellow carcass / a little closer" has received one of twelve Honorable Mentions at the 1999 Prix Ars Electronica.

Bernhard remains active as a performer and recording artist, largely switching from composing to improvising. After briefly working with the trio +minus and the duo Klangstaub, he now performs with the duo brachklang and as a solo improviser, mainly on soprano and alto saxophone, alto clarinet and electric guitar, all combined with live electronics.

An updated biography and a full discography can be found on his website.
Sites:
trenteoiseaux.net
In Groups:
+Minus, Brachklang, Klangstaub
Variations:
Viewing All | Bernhard Günter
B. Günter, BG, Bernhard Guenter, Bernhard Gunter, Günter, b.g.