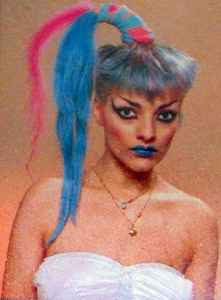 January 28, 2021
I would love to see a box set of her remastered early material with additional tracks...
Reply Notify me 3 Helpful

October 19, 2020
Ich verehre Nina Hagen. Still amazed at her opera vocal range and how she was kicked out of east Germany when she rebelled against the system and went punk!
New York New York was my first exposure to this German talent!
Reply  See 1 reply Notify me Helpful

December 8, 2019
My biggest inspiration! I love Nina Hagen so much... A huge influence through my life.
Reply Notify me Helpful