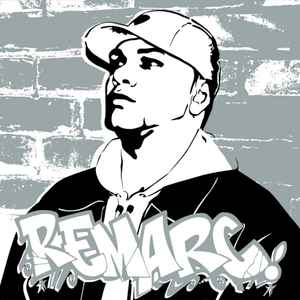 Real Name:
Marc Forrester
Profile:
UK based jungle producer and DJ.
Remarc began his music career at 13 years of age playing reggae, rare groove and electro at house parties in and around his birth town of Brockley in south east London. At 17 he got his first break as a DJ on the infamous Weekend Rush pirate radio station playing Hardcore and through the progression into Jungle. It was here that he initially made a name for himself as a DJ but only really touching a London based audience.

Widely proclaimed to be "king of the Amen" due to his chopped up tracks for labels such as Dollar, White House, Kemet, and Suburban Base. The majority of these tunes were compiled alongside previously unreleased tracks for a two volume retrospective released by Planet Mu in 2003 and 2004. He is still spinning worldwide.

August 29, 2020
Remarc has been declared king of the Amen, he was next level in his music making and of course his sensational use of the Amen. His music was the pinnacle of Jungle and cemented himself has a jungle don. Thunderclap is my favourite tune from the man, the peak of Amen edits.

August 7, 2012
in a sea of badly produced records proliferating in the uk hardcore and jungle scene in the early 90s, remarc (much as bay b kane) had production that was a step above the rest. no-one has ever cut and edited the amen as clean as him (and i've heard them all, in all genres from jungle to leftfield electronic to breakcore etc.) and no-one ever will! with a penchant for mashed up amen junglism, roaring dub bass lines and ragga toasts remarc truly stood out in all his productions. essential.
See 1 reply

Remarc is the man when it comes to mashed up jungle. The Amen break was like putty in his hands, he could make it into something totally devastating in which ever way he chose. Even before Planet Mu's recent interest, those in the know dropped Remarc tunes at the peak moments of their old school sets. His sole foray into 2-step style production was quite nice as well. Certainly he will go down in history as one of the top jungle producers ever. Years from now the next generation crate diggers will flip out when they find "RIP" for $2.