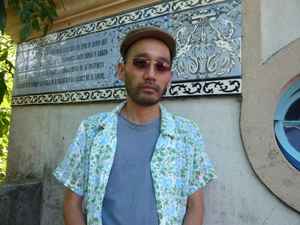 Since 1994, Nakamura has frequently visited Berlin, working and performing in various projects. In the course of these visits, he formed the duo Repeat in 1998 with the American drummer Jason Kahn. They put out their first CD, Repeat, in the same year, and have toured in Japan, Germany, Switzerland and France.

Nakamura set aside his guitar around 1998 and began to concentrate more on producing electronic music. He developed a unique style, playing the "no-input mixing board."

In 1999, Repeat played in more cities and released a second CD, Temporary Contemporary. Nakamura also released the CD Un, a recording of his duo with Sachiko M ("no-no duo," with Sachiko M's no-sample sampler); and since then they have continued to perform together occasionally.

In addition to these activities, Nakamura has since 1996 been a composer/sound designer for the theatrical works of Bagnolet Choreography Concours-winning dancer Kim Ito. These works have been performed in Japan, the U.S., England, France, Germany, Israel and so on.

Since 1998 Nakamura has also organized, hosted and performed in a monthly improvised music gathering with guitarists Taku Sugimoto and Tetuzi Akiyama in Tokyo. The original venue was Bar Aoyama, but in August 2000, it moved to the gallery Off Site. This event, featuring guest musicians, has been growing as an important meeting point of the Tokyo improvised music scene. The CD The Improvisation Meeting at Bar Aoyama, a compilation of live recordings of performances at the bar, was released in October 1999.