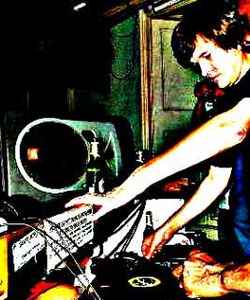 Paul was first bitten by the DJ bug in the late 1970s when he was promoting a club night The Kingswood Club and the DJ didn't turn up due to inclement weather. A string of Chitlin Circuit gigs followed till the big moment finally arrives with the opening Jaffas at The Horseshoe, Tottenham Court Road, London, W1. The club was the first to mix jazz with the infant Jazz Dance scene. Guests included British acts such as Morrisey Mullen, Paz, Breakfast Band, Gonzalez, and the legendary Heath Brothers (on the night of the Brixton Riots!).

From 1984 to 1986, Paul ran "Palladin Records" which released the now seminal "Venceremos" by London based collective Working Week. He also released albums by Tommy Chase, Jimmy McGriff, and Phil Upchurch, amongst many others.

Murphy was also the first Wire Magazine DJ of the Year in 1985.

Eddie Piller of label Acid Jazz rediscovered Paul in Ireland after his mysterious disappearance from the club scene at the beginning of the 1990s. Paul took up his offer of a residency at the much missed Blue Note club in London's Hoxton Square. This put Paul right back in the spotlight and soon offers to record and DJ were pouring in, including appearing on Afro Art Records, the London based label founded by former Ballistic Brother Ashley Beedle.