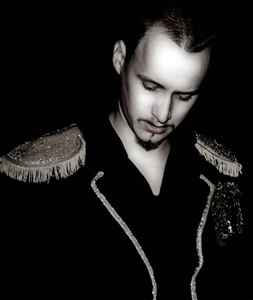 Probably my most important discovery from the "2005-2010" minimal scene.

I am going to talk about the Ion Ludwig before 2010. I still love what he is doing nowadays, but I particularly remember his earlier works.
I discovered him in 2007, on myspace. And what I discovered was not just music. I was totally wrapped by a unique artistic aura. Everything with Ion was pure quality control : his music sketches, his pictures, his words, his way to design his myspace page (this website was fantastic for those who knew how to use it. It allowed to artists to really personalize their page and express with unlimited tools. It just asked some basic skills with HTML. Just a bit of work to stand out, and I liked it.).

It's always been a debate : I think that music can stand alone, but it's even better when other arts around sublimate music. That's why cover-arts, words or concepts around your works are very important in my opinion, and that's why I was really "in love" with Ludwig's website, because it was not just music, again. It was litteraly like entering into the artist's very own lair and expression, an experience, an adventure.

Ion was regularly updating his page and music sketches. So, when myspace was going down around 2010, I knew that I would miss his page.

About Ion's music back in the days, it was particularly fun and inventive and had a unique flavour, really. It was intelligent yet joyful and playful, with a hint of antique greco-roman, fantasy or folk/countryside mood in the sounds sometimes. His way to play with the melodies was very singular. Quite hard to explain. Listen to tracks like "Iqon", "White Exterior" or "Patio Pastel" to may understand what I mean. I think that his signature is really shining in these tracks, nothing like this had been done before. It sounds like jamming with sounds which were originally more designed for movies or video-games than for your common house or techno. Listening to Ion Ludwig was like reading a book and headnodding, dancing at the same time. A content that gave to each track or sketches he released a soul that infused a timeless dimension to his works, rather than simple music for clubs that would be soon forgotten.
His music is especially fantastic during his livesets, and those who listened to some from the 2007/8 era will surely understand what I mean about this very special signature. By the way, is "Ion" referring to greco-roman ionic architecture? I don't know at all! But if it's the case, I would perfectly understand the link with some tracks he did in the past.﻿

Talking about now and the future, I'm glad he's now becoming a legend, because he's still creating something mind-blowing and unique at the moment.