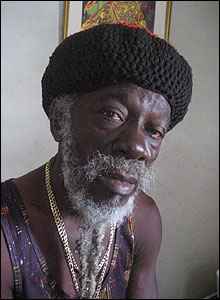 Vincent "Tata" Ford was a Kingston friend of Bob Marley's who received songwriting credit for "No Woman, No Cry," "Crazy Baldheads" and other famous compositions. A wheelchair-bound community worker who had lost his legs to diabetes, Ford ran a soup kitchen in the "government yard in Trenchtown" described in "No Woman, No Cry," and helped an impoverished teenage Marley survive the notorious ghetto. The "government yard" is now the Trenchtown Culture yard, a museum dedicated to the Marley legacy.

Scholars generally agree that Marley used the names of family and friends such as Vincent Ford as pseudonyms in order to evade his publishing company at the time, Cayman Music. In fact, Marley wrote these songs.