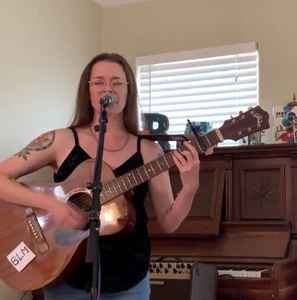 Profile:
Singer and songwriter in Austin, Texas. Rosenbalm earned a degree from Oklahoma City University and pursued a career in musical theater. After working on shows in Austin and New York City, she returned to Austin and started the honky tonk band Rosie And The Ramblers in 2011. She also joined country cover band Fancy and worked as a backing vocalist.
After stepping away from music for about two years, she began working as a solo artist.
Sites:
selenarosanbalm.com
In Groups:
Hot Texas, Hot Texas Swing Band, Rosie and the Ramblers