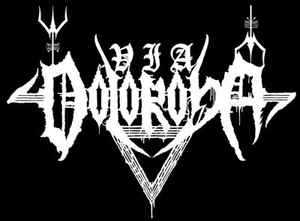 Profile:
Italian NS Black Metal band located at Isola Vicentina and formed in 1999. The name Via Dolorosa (Latin for ''Way of Grief'' or ''Way of Suffering'') comes from a street within the Old City of Jerusalem. It is supposed to be the path that Jesus walked carrying his cross on the way to his crucifixion. Despite the band name is derived from a Christian terminology, their lyrical themes mostly used to be inspired by Hindu and Indian philosophy.