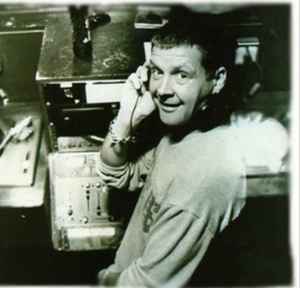 Tony De Vit first started DJing way before the house explosion in the local pubs in his home town of Kidderminster in the late seventies. Around three years later he received a residency at Birmingham's premier gay venue, Nightingale.

In '88 he got received residency at Heaven in London after filling in for another DJ who couldn't make the event. In the late eighties Heaven was the most prominent club within the Gay scene at that time and the gay clubbing scene was 3 years ahead of Rave.

But Tony De Vit's life was changed forever after visiting Trade at Turnmills in 1990. Tony De Vit went to the club after hearing good reports about Trade and he never looked back after his first visit. For what he was hearing was the foundations of Hi-NRG House and for him this was the future of dance music, this is where he belonged.

With this life changing moment, Tony De Vit embraced this new music but he had to leave his now 10 Year residency at Nightingale due to his change in music tastes. From there Tony De Vit got a residency for Raymondo's Chuff Chuff - a cult series of events based around the Birmingham/Midlands area.

Tony De Vit still visited his now favourite club Trade, he handed in tapes to the promoters as on a regular basis as he desperately wanted to be a resident there. In '93 Tony De Vit fulfilled his mission and became a resident at Trade.

Within four years, Tony De Vit was in high demand due to his mixing ability as a producer with a string releases & remixes. Just as his career was stepping up a gear, Tony De Vit was dealt a massive blow when he found out that he was HIV-positive.

This major setback would have knocked anyone for six, but Tony De Vit still carried on with his heavy DJing schedule until his health deteriorated suddenly during a holiday to America.

On the 2nd of July, 1998 Tony De Vit sadly passed away due to bronchial pneumonia and bone marrow failure.

After De Vit's death, a conflict kept his records off the shelves for many years, but finally a compilation of his songs and remixes was released called Are You All Ready? on Tidy Trax records.

October 24, 2021
How can they NOT have a picture of Tony de Vit on the hard house description page.He was and is the godfather and major creative force along with a couple of other DJ's from Trade in creating the genre. RIP Tony De VIt.
Reply Notify me 4 Helpful

For those 5 years of Tony De Vit's music production career 1993 - 1998 was without doubt the golden age of Hard House, it all went down hill after Tony's death with terrible acts like The Tidy Boys & Lisa Lashes becoming the new face of the scene. He was without doubt the best Hard House producer nobody else came close imo. His Jump Wax label is a good lesson to learning & understanding what Hard House should sound like. He did all types of Hard House tunes from the 135bpm warm up stuff like Hooked, Bits & Pieces & Soakin Wet, right up to 160+bpm stuff like Are You All Ready, Starlight & Age Of Love & everything in between. He was in the production business for such a short time period but gave us more classics than anybody else. And he was what I would describe as a "generous DJ" - in that when he was playing he wouldn't play just all his own stuff & go on a huge ego trip like so may others do even tho he easily could have but he played stuff from new upcoming producers as well. Without a doubt the greatest in the UK Hard House scene that him & Simon Parkes created.

October 20, 2011
the best hard house producer/dj there has ever been! He has influenced a lot of the hard house scene today and his tunes are often put on new hard house complations. He has done various remixes that are excellent but the tunes he has produced are un-beatable. RIP Tony De Vit
Reply Notify me 4 Helpful