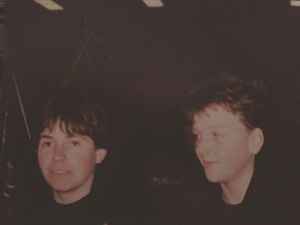 Originally active from 1984 to 1986 as a power electronics project of Justin K Broadrick and Andy Swan, they made their initial recordings as Atrocity Exhibition (7) on their own cassette label Post Mortem Rekordings in 1982, changing the name to Smear Campaign (2) shortly after in 1983, and first performed live on 7 July 1984 in The Mermaid in Birmingham. After this show they settled on the name Final. Final underwent numerous lineup changes during its early lifetime, including musicians like Philip Timms, Daniel Johnson, Paul Neville, Nicholas Bullen, Graham Robertson and Guy Pearce. The band split in 1986.

In 2006, Final became truly active again and continues with more frequent assistance from Diarmuid Dalton. This iteration of Final has become one of Justin's most prolific projects.