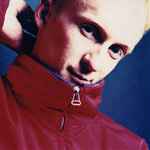 June 18, 2020
Absolutely class producer and highly talented. His early 90's hardcore stuff was being played at all the original raves and then as his sound progressed and got deeper it was being taken aboard by a huge range of progressive and hard house/ trance DJs in the mid to late 90's. A lot of it still sound fresh!!

August 1, 2018
Got to be one of the best artist names seriously.

Mike has produced a vast amount of high quality music fuelling the 1992 hardcore breakbeat explosion and the trade parties, he pretty much defined the british take on techno, force mass motion's music was played everywhere and still stands the test of time, he went on to produce some amazing progressive trance at the end of the 90s. He's an incredibly talented musician and a brilliant producer. Working class hero.

August 9, 2014
One of the kings of Happy Hardcore! The first six 12"s are great! Very straight, mostly very fast, great vocal sampling. The later ones I didn't hear yet.