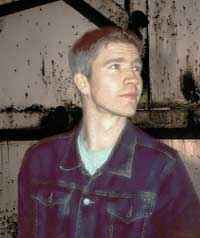 Real Name:
David Brown Forbes
Profile:
David started in the music industry at just 17, playing at Mayfair club in Glasgow. From there he progressed to playing all the major dance clubs in Scotland, Ireland and the North of England, including a successful 2 year residency at Scotland's most infamous club - Hanger 13. David has also DJ'd in countries like Holland, where he played to 14,000 partygoers at the massive Combined Forces raves in the Hague, Switzerland and not forgetting Ibiza.