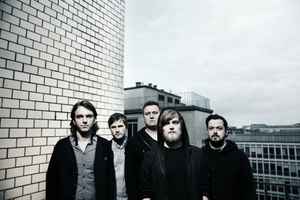 Profile:
Danish alternative rock band with influences from electronic music. Founded in 2004 in Århus, Denmark. Their debut album "There's A Beat In All Machines" was both critically acclaimed and a success at the box office. Picked up the reward for Best New Act at the Danish Music Awards in 2007.

For the 80's Danish rock band of the same name, please use Veto (8)