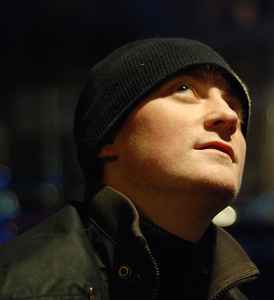 There are few musicians who manage to explore the convergence between techno and experimental as successfully as David Letellier.
Known as Kangding Ray, he has been producing for almost a decade, releasing his music exclusively on Raster-Noton and Stroboscopic Artefacts.
The aesthetic domains of these two labels epitomizes Kangding Ray’s complex sound—it’s an aesthetic that tests boundaries, evolving tirelessly in its exploration of texture, rhythm, and sound design.
Letellier’s foundations in rock and musique concrete give his music a vitality and uniqueness that has won fans the world over, from discerning avant-garde–electronica listeners, all the way to devoted clubbers.
KR has also been known for remixing artists such as Battles on Warp, Ben Frost on Mute, or Inigo Kennedy on Token.
Those who have been following Letellier since his debut album, 2006’s Stabil, will recognize not only his meticulous and constantly developing approach to sound design, but also the conceptual gravity behind his releases.
Through a string of recent EP’s and albums, culminating with the critically acclaimed “Solens Arc”, KR showed his ability to keep his artistic approach while delivering direct and powerful club-leaning tracks and darkly cinematic soundscapes. On 2015’s “Cory Arcane”, he pushed the limits of his sound even further. Relinquishing standard rhythmic structures and conventional tonal models, he delivered what is perhaps his most sophisticated release yet; a raw and visceral universe, allowing a more fluid dialogue between soul and machines.
“HYPER OPAL MANTIS” for Stroboscopic Artefacts opens a new era for Kangding Ray, where he will explore the tension between the natural and artificial, the body and mind, which are central themes in electronic music in general, and Techno in particular. The means of creation, focused around technology and interactions with machines, contrast with the emotional response to sound, the mystical ritual of collective dancing, and the ethos of liberation and tolerance embedded in the culture it has produced.
As he describes it himself in a recent interview : “I’ve been evolving since a couple of years at the outer fringes of the club culture, where it overlaps with different experimental and avant-garde genres. While i intend to continue to explore that zone as a free maverick, i also wanted to give something back to the scene, something strong, beautiful and functional at the same time, while retaining enough personality to be exciting.”
( Adapted from words by Vincent Morris )
Sites:
kangdingray.com, Bandcamp, instagram.com, SoundCloud, Twitter, YouTube, residentadvisor.net
Aliases:
David Letellier
Variations:
Viewing All | Kangding Ray
KR, Kanding Ray

December 12, 2013
David Letellier is amazing .. his approach to sound is modern musique concréte