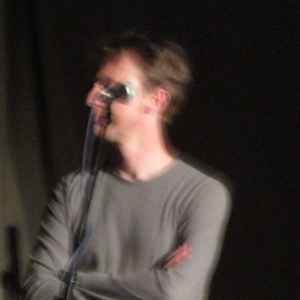 Richard Youngs is a British musician with a prolific and diverse output, including many collaborations. Based in Glasgow since the early 1990s, his extensive back catalogue of solo and collaborative work formally begins with Advent, first issued in 1990. He plays many instruments, most commonly choosing the guitar, but he has been known to use a wide variety of other instruments including the shakuhachi, accordion, theremin, dulcimer, a home-made synthesizer (common on early recordings) and even a motorway bridge. He also released an album which was entirely a cappella.

For many years, live performances were very occasional and almost always in Glasgow; he has stated publicly that he finds live performance "incredibly nerve-racking: stomach cramps, tension headaches...". However, in recent years, he has performed more regularly (including a tour of New Zealand in 2010 and a UK tour in support of Damon and Naomi in 2011) and many of his recent shows have been predominantly vocal - he told The Wire (issue 284) "I went to a laptop concert and decided I was going to sing".
Sites:
nofansrecords.com, Wikipedia, MySpace, jagjaguwar.com, Bandcamp
Aliases:
The Creation Room
In Groups:
A Band, AMOR (17), Andrew Paine & Richard Youngs, E.Bias, ILK (2), Kostas D'Lary, Library Assistants, Lurists, Omming For Woks, Richard Youngs & Alexander Neilson, Simon Wickham-Smith & Richard Youngs, Tape Hiss, Telstar Ponies, The Flexibles (2), The Two Monarchs, Urban Parable, Well Crucial, Youngsbower
Variations:
Viewing All | Richard Youngs
R!!!, R. Youngs, R.Youngs, Richard, Youngs