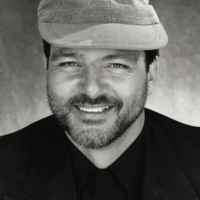 Founder and president of Imagine a Better World, Inc., a Denver-based entertainment production company Van Eaton launched in 1985, he is heading an enterprise devoted to "making conscious change through media." Inspired by John Lennon's lyrics in the songs "Imagine" and "Give Peace a Chance," Van Eaton has undertaken philanthropic projects to promote humanitarian causes. He conceived, produced and directed "Denver at The Apollo," showcasing the talents of inner city youth, and Kindness is Doing Something -- KIDS Inc. -- projects also geared to inner city youth. He launched "Give a Little Love," which starred Ben Vereen, George Harrison and Ringo Starr in support of the Boy Scouts of America. He has done pro bono work for the National Jewish Hospital, the Leukemia Society and the Ronald McDonald House. And, he finds time to share his knowledge of recording and production with children and with college students at Arapahoe Community College in Denver.

He has a musically versatile background from which to draw. His work as a singer/songwriter runs the gamut from pop, rock, elektronika to country, spiritual, jazz and classical, and has been produced by numerous notable artists including the late George Harrison, Ringo Starr, Eric Clapton, John Lennon, Ben Vereen, Carly Simon, and Art Garfunkel.

His latest humanitarian project, "Ah! The Dance of Life!," is an operatic musical production scheduled to premiere in Paris this September. The premiere coincides with a performance by the Symphony for the United Nations under world-renowned conductor Maestro Joseph Eger's (author of Einstein's Violin and the show's music director). "Using all art forms together on a stage is truly amazing," Van Eaton said. "Ah! The Dance of Life is not typical Broadway fare. I have always thought that once I learn something, it is time to expand into new areas. This show is a leap into new territory!"

According to Van Eaton, his message is to convey love wherever he goes. "We are all one in spirit," he said. "All the ego-based stuff means nothing. For me, the love of music is discovering the gems and rarities that are captured and recorded. The energy of each of our thoughts collectively shapes the universe. This is what Imagine a Better World is about."
Sites:
imagineabetterworld.com, lonvaneaton.com, mccc.edu
Aliases:
Push-A-Lone
In Groups:
Jacobs Creek, Lon & Derrek Van Eaton, Ringo's Roadside Attraction, The Trees (2)
Variations:
Viewing All | Lon Van Eaton
L. Van Eaton, Lon, Lon VanEaton, Lon Von Eaton, Lou Van Eaton