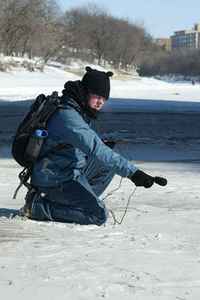 Real Name:
S. Arden Hill
Profile:
Duul_Drv is a sound maker, minimalist and painter living in Winnipeg, Manitoba, Canada. As sound maker his compositions attempt to fuse the aesthetics and method of his paintings with the dynamics of sound. By layering sounds actualized in digital software with edited field recordings duul_drv creates visual compositions that have been paralleled to camping, scuba diving, long drives on hot days, and watching bubbles floating outside a window. The "dusty and cracked" texture that's found in his compositions can be attributed to the overwhelming sense of location that Winnipeg offers.