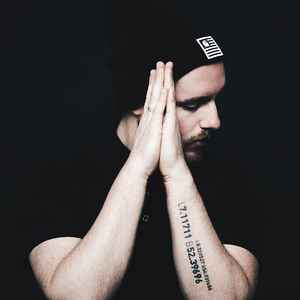 Real Name:
Hanno Lohse, Christian Müller, Mathias Metten
Profile:
What defines the ItaloBrothers music? Depending on who you’re asking, responses will vary considerably. Obviously their global success with “Stamp On The Ground” in 2009 is still ringing in the ears of club-goers as a “Made in Germany” mega dance hit. But observant contemporaries have long been aware that the follow-up hits of the three creative masterminds from northern Germany became too powerful to be pinned down by a mere dance/club/hands-up genre definition. How else could you explain the ItaloBrothers playing gigs on both sides of the pond, from Chicago to Olso, for up to 60,000 ecstatic people who wouldn’t have otherwise found their way into a club?

If you ask the frontman and face of the trio, Mathias Metten, what defines the ItaloBrothers, the artist in his late twenties responds with a simple cue: progress. For 13 years the project that was initially inspired by Italo dance has been on an expedition through all kinds of musical genres and various countries. Energy, talent, and a passion for music united the producers Zacharias “Zachi,” Adrian, and Kristian “Kris” Sandberg with singer Mathias “Matze” Metten, (who turned out to be vocal dynamite) in 2005. Catchy melodies, massive bass lines, and danceable beats integrated themselves into the unique style of the group.

Four years later the story of the ItaloBrothers picked up momentum, especially in the Scandinavian charts between Copenhagen and Helsinki. Their single “Stamp On The Ground’’ went gold in Denmark, ranked in the top 20 in Norway, and became a regular in the top 20 Dance-Charts of the entire German speaking realm. The song’s music video was viewed 70 million times and is therefore one of the most successful YouTube videos of all time. A pretty good turnout for three guys who started creating music in their basement in Nordhorn, Germany, when they were 15 years old.

Their success story continued in 2013 with “This Is Nightlife.” In 2015 producer Hanno Lohse, a.k.a. Cody Island, joined the team and immediately made contributions to the song “Springfield,” a track created in collaboration with DJ and producer Martin Tungevaag. The track went triple platinum. The followup, “Summer Air,” was heavily inspired by tropical house and future bass. The piece impressively underlined the orientation towards a dance-based song format, which clearly pointed more towards pop than club music. The success of the re-release of that single in 2017 rewarded their ceaseless drive for grand slams: Top 5 in Scandinavia, Top 10 in the German-speaking countries, earned multiple platinum honors in Sweden, Denmark, Norway, Finland, went gold in Germany, and was played 135 million times on Spotify.

It’s going splendidly well for the ItaloBrothers in Europe’s north, due to their continuous presence beyond the German-Danish border. Their first gig was in a Danish disco, and former street musician Mathias Metten jokes that by now he and his friends know almost every club in these countries known for their lakes, fjords and forests. With their latest single “Inside Out” the ItaloBrothers made a name for themselves not only outside of Scandinavia but also in the illustrious circle of internationally successful pop acts who have emancipated themselves from the niche of pure dance interpretation. The feel-good groover starts with the sound of tablas and continues in a similar direction as “Summer Air,” but is more mature in the sense of its independence. Lyrically, “Inside Out” also breaks new ground. It’s still a party, but a party with people who might change you entirely. To exchange a life of excessive partying with a lifestyle of commitment is a challenge. But a beautiful experience. And something the newly adjusted ItaloBrothers address in 2018, while they continue to author the story of their success.
Sites:
Facebook, italobrothersmusic.com, instagram.com
Members:
Christian Müller, Hanno Lohse, Mathias Metten, Zacharias Adrian
Variations:
Viewing All | ItaloBrothers
Italo Bros, Italo Brothers, Italobrothers, Itaro Brothers, italobrothers