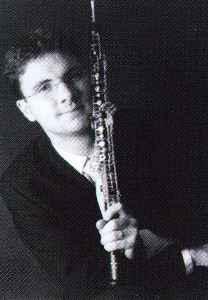 Profile:
Swiss oboe player, born in 1977 in Berne. He was raised in Emmental and studied oboe in Berne and Munich, being a student of Prof. Günther Passin. He played for two years (2001 to 2003) in Berlin with the Berliner Philharmoniker, before he returned to Switzerland in 2004. Being back in Zurich, he joined the Orchester Der Tonhalle Zürich as lead English horn. During that time, he also won numerous awards and was also active as soloist. He is teaching oboe and English horn at the Hochschule Luzern and the Hochchule der Künste Zürich.
Sites:
ikarusquartett.ch
In Groups:
Berliner Philharmoniker, Ikarusquartett, Tonhalle-Orchester Zürich