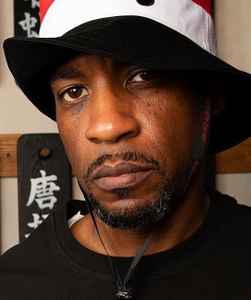 A million cats have taxed Ace's flows. But he duppied them all and is still going. Just last night at Jazz Cafe. Ace's breadth of vocabulary and pattern is extraordinary with lyrical content that includes real world commentary, story verses, concepts, party jams and probably the best diss tracks ever written. How everyone ain't saying he's the greatest is truly baffling to me.

October 17, 2021
I can make a good argument that masta ace is the most consistent mc of all time. Dope albums spanning 30 years can’t think of another mc who can claim that. AND has never put out even a mid album (maybe A&E) but all his solo works are certified classics take a bow ace!! And he’s amazing live if you haven’t caught a show if his do yourself a favor
Reply  See 1 reply Notify me 3 Helpful

October 8, 2017
Genius lyricist and dope freestyler. No one chats about ACE to much. But you ask most rappers and producers about ACE and he's one of the best in the game for those that know. A legend of the HIP HOP community with one the most unique rhyme styles there is.
Reply Notify me 14 Helpful

Favorite Artists by UD_GS
künstler by EM4Ever
war chief by warchiefrecords
Favorite Hip-Hop by 4thlevelinfo
The Best of Hip Hop 🎤 by DJ_Damager
Seen Live by cyclope_myope_
Artists by psychicteevee
Artists (Classic Rap) by Dankz_Audio
Hip-hop by diskretni.heroj7
The Greatest MC's Ever by boombap420
US Hip-Hop Index by subzzee
Native Tongues by DotChannel
View More Lists →