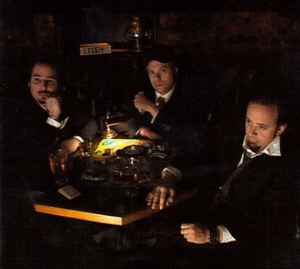 Profile:
Tammany Hall NYC were active in NYC during the 200-2006 period. They were primarily Matt Anthony, Steve O'Reilly and Dave Femia on drums, also Rod Quevedo on bass.

They had a number of tracks included on Soundtracks including one on the 2nd Scrubs series soundtrack. Their song, "Always on Sunday" was featured by HBO in their series promo trailer in 2005. Matt and Steve did the soundtrack for the 2005 film "Into the Fire" . Since then have switched to writing and producing for commercial purpose rather than performing. See their production company Engine Sound (NYC) for details.
Sites:
glassrecords.com, enginesound.com
Variations:
Viewing All | Tammany Hall NYC
THNYC