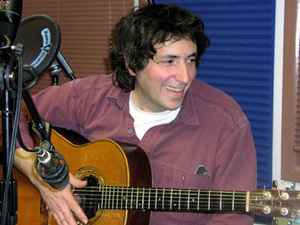 Profile:
Michael is the youngest artist ever to be signed to John Fahey’s legendary Takoma Records, arguably the most influential record label for the genre of solo acoustic instrumental guitar.
In terms of his significance in the evolution of the genre, Michael is – among other things - the musical link between John Fahey and Michael Hedges.
He began playing guitar at the age of six, assimilating everything from the Hindustani raga improvisations of Ravi Shankar, to Gregorian Chant, to the rock of Led Zeppelin and the Rolling Stones. He later discovered the early fingerstyle guitarists of the Mississippi Delta: John Hurt, Bukka White, Blind Blake, Son House, Reverend Gary Davis, and Robert Johnson. The entirely different rhythmic and harmonic modalities of that idiom exploded Michael’s conception of musical possibility.
At this point, (while still attending High School) he met Robbie Basho at a concert in Pueblo, Colorado. Michael began playing concerts and released his first recording, SNOW, on his own Aardvark Records label. It received great reviews, sold out the initial pressing, and generated considerable industry attention. After Basho introduced him to John Fahey, Michael was signed to a recording contract with Takoma - who recently merged with Chrysalis - giving them an international distribution reach. Takoma / Chrysalis subsequently reissued the original masters to a worldwide audience as UNSPOKEN INTENTIONS.
He has since released 3 studio albums, and a live disc, entitled "Concert at St. Olaf College."
Sites:
timbrelinemusic.com, MySpace
Variations:
Viewing All | Michael Gulezian
Mike Gulezian