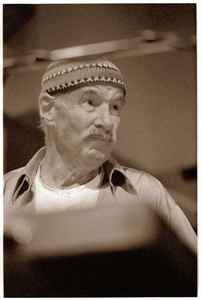 Zawinul is also recognized for co-founding Weather Report in 1970, one of the seminal jazz-fusion bands of the 1970s, along with Wayne Shorter – who was also an ex-Davis musician. Since the split of Weather Report in 1986, he did some solo tours and recordings and formed The Zawinul Syndicate and played in other bands.

June 25, 2019
One of the greatest musicians ever graced this world, from WR to Zawinul Syndicate this man has been one of the biggest inspiration to a lot of artists.

December 19, 2018
One of the finest 20th century jazz musicians along with Miles Davis and Bill Evans. Zawinul was open to technology and really creating progressive jazz rather than sitting on the knee of old be-bop musicians to carry the torch of traditionalist's. Joe's foundations where in traditional jazz but his mind and heart was global and no one can recon Weather Report the titan of the 1970s with regards to pushing the edge of jazz into so many cultural landscapes.
Just listen to his 1971 album Zawinul and you can clearly hear where Miles Davis drew inspiration for A Silent Way and treading pseudo ambient jazz minimalism. Zawinul's contributions to the jazz world are benchmarks modern musicians should all take their cue from.....