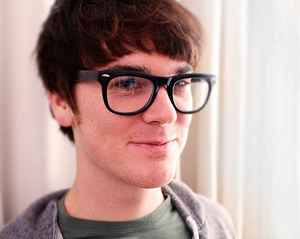 Real Name:
Nathan Patrick Donmoyer
Profile:
Due to legal reasons, Etan has had to change his name to Shuttle.

Shuttle found a home for his original sounds amongst the underground Boston musical scene. His unique live shows are now all but infamous within the tightly knit Basstown crew. Their all night parties fuel Boston’s underground music culture with Shuttle’s insatiable sounds and the thrill of no tomorrow at the forefront of every show. Shuttle’s music moved beyond the basements and clubs of the Boston scene and receives spins on Britain’s tastemaker Radio 1.

The Basstown crew are not the only notables for which Shuttle has shared a stage, recent luminaries include: Devlin (Spank Rock), Yelle, Crystal Castles, Diplo, and Classixx. His remix credits are equally as credible and diverse including commissioned remixes of Daedalus, The Little Ones and rockers The Death Set.

While still at school Shuttle honed his production skills devouring anything remotely considered listenable. Armed just with his laptop, he began making remixes of his favorite sounds of the day. These bedroom remixes caught the attention of the influential and tastemakers label, Ninja Tune. His highly anticipated debut release will feature Cadence Weapon and a remix by fellow up and comer High Rankin courtesy of Ninja Tune worldwide at the top of 2009.

Shuttle, not to rest on his production and DJ talents, also plays drums and will co-produce the debut record for the new darlings of the indie scene Passion Pit.
Sites:
MySpace
Aliases:
Don Loemax, Etan, Nate Donmoyer, Tronstep