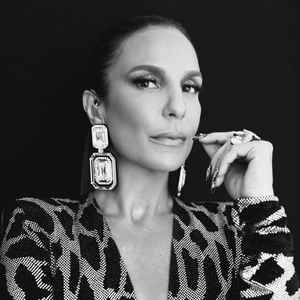 Real Name:
Ivete Maria Dias de Sangalo
Profile:
Ivete Sangalo (born May 27, 1972) is a Latin Grammy Award-winning Brazilian Axé and MPB singer, songwriter, and occasional actress and television show host. Sangalo is of paternal Spanish descent. She is one of the most popular and best-selling Brazilian female singers of the present, with six albums released with "Banda Eva", and seven more albums in a solo career, with a total of over 12 million albums sold worldwide. Ivete is most often recognized by her powerful voice, charisma and live performances. Her music is also very popular in Portugal.

As a teenager, started to sing and play violin at gymkhanas, festivals and at presentations of the school where she studied. Ivete Sangalo's debut show happened in Ondina Neighborhood, Salvador, in August 1992. With that show she won the Dorival Caymmi trophy, the Grammy of the Bahia music. The solo singer was once part of a group called Banda Eva, and with them she recorded six CDs and sold over four million copies.
Sites:
ivetesangalo.com.br
In Groups:
Banda Eva
Variations:
Viewing All | Ivete Sangalo
Ivete, Veveta