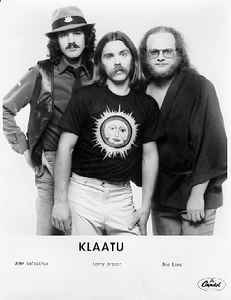 Profile:
Canadian progressive rock group, formed in 1973 by the duo of John Woloschuk and Dee Long. They named themselves after the extraterrestrial by the same name portrayed by Michael Rennie in the film "The Day the Earth Stood Still". The band released the singles Anus Of Uranus / Sub-Rosa Subway and Dr. Marvello / For You Girl on GRT Records before being taken under the wing of Daffodil Records and its president Frank Davies.