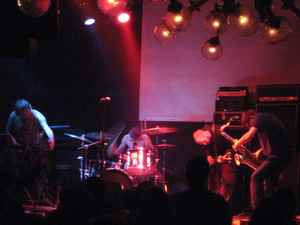 Profile:
The experimental noisecore band Monno was formed in 1999 in Lausanne, Switzerland, where the four original members met in the experimental music scene. In 2002 they relocated to Berlin, Germany. In 2003 they were joined by Canadian bass player Derek Shirley.