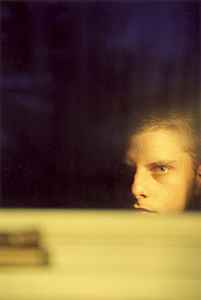 Real Name:
Tomas Jirku
Profile:
Tomas started his career deep within the 'golden era' of minimal and glitch techno and helped to define the genres.
His live performance at the inaugural Mutek festival in 2000 caught the ear of Force Inc who signed him shortly after, just eking-out Akufen to become the first Canadian on the label. In the era where vinyl still ruled, and digital downloads were just a twinkle in some corporation's eye, Tomas dropped albums on Traum, Klang Elektronik, Revolver, Audio.NL, and more.
Since then, a decade and a half of producing has seen Jirku manipulate house on Arbutus Records; hip-hop with his laser-gun-rap project The Killaz; dub on his highly regarded "Entropy" album; electro, ambient, and other experiments that defy genres. With experience performing around the globe and having made his mark on innumerable record labels, Tomas has been honing back in on techno, aiming to maximize the brain and body connection that deep techno can provide.
His recent releases on Seattle's Innerflight, Berlin's Thoughtless, and Vancouver's Subspec record labels further prove that the Canadian producer has built a strong repertoire by not doing anything straightforward or ordinary.
Sites:
tomasjirku.com, Bandcamp, SoundCloud
Aliases:
The Viceroy
In Groups:
GI Joe Killaz, Jirku / Judge
Variations:
Viewing All | Tomas Jirku
T. Jirku