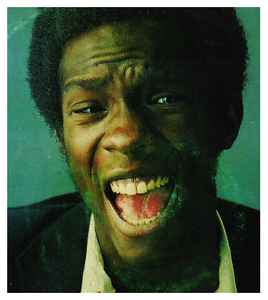 Real Name:
Kofi Kwarko Gyan
Profile:
Kiki Gyan (born June 7, 1957, Takoradi, Ghana – died June 10, 2004, Ghana), also known as Kiki Djan, was a Ghanaian musician. He was the keyboardist of the band Osibisa which was popular in the 1970's. He also recorded and produced a series of disco records.

Hailed as Africa's answer to Stevie Wonder, Ghanaian multi-instrumental Kiki Gyan was a musical Wunderkind who in the 1970's rose from the lowly status of high school dropout to playing keyboards and touring the world with international supergroup Osibisa. Subsequently he enjoyed a lucrative tenure as an in-demand session player in the top recording studios of London - and all of this before his twenty-first birthday. Out on his own, he produced a series of highly ambitious disco records aimed at positioning him as an international star, but weighed down by the excesses of the era. He died impoverished, a victim of AIDS and drugs-related complications.
Sites:
Wikipedia, whosampled.com
In Groups:
K.G. Band, Kg Brothers, Kofi & Kiki, Osibisa, Pagadeja
Variations:
Viewing All | Kiki Gyan
Gayan, Gyan, K. Gyan, Kiki, Kiki Djan, Kiki Guyan, Kiki Gyane