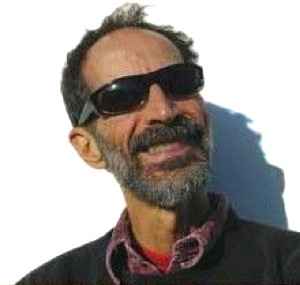 American graphic artist renowned for his sleeve art for Zappa albums and productions. His anarchic montages, compositional style and cryptic lettering was much a precursor of the punk-art look that would later emerge as 'the norm' on many album sleeves.

At one point, Schenkel occupied part of the basement in Zappa's 'Log Cabin' address at 2401* Laurel Canyon, which he used as a self-contained studio. See center spread of "Just Another Band From L.A."

One of his early major works for Zappa was "We're Only In It For The Money" and one of his most iconic was the cover of Beefheart's "Trout Mask Replica". Schenkel was later commissioned by Rhino in the repackaging of Zappa releases on CD.

Additionally, Schenkel is credited as songwriter of the track "The Spell That Comes After" from Vanilla Fudge's album Renaissance.

Schenkel had a daughter, Raven, by artist Sandra Leano.