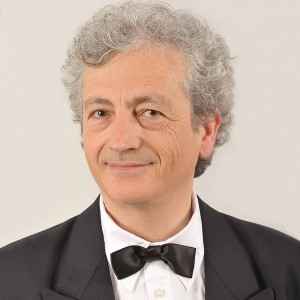 Profile:
French pianist and conductor.
Born in 1953 in Algeria, Guy Khalifa began playing piano at the age of 5, studying at the Ecole Normale de Musique in Paris, where he obtained a bachelor's degree in piano in 1972.
From 1976 to 1980 he composed and played several film music (for TV) as well as stage music for the "café de la gare". He participated in parallel with the group Odeurs.
From 1980 to 1990, he joined the group Magma (6) on records and on tour, while accompanying various French singers, such as Renaud, Bernard Lavilliers, Guyon, Michel Jonasz, Francis Lalanne among others...
In 1985 he obtained in Paris a prize of interpretation of Polish music. And since 1988, he has been teaching piano and singing in several conservatories (12th and 19th arrondissement-Paris) as well as in various music schools in Aquitaine (C.I.A.M-Bordeaux, Atelier 104, the school of music of lége cap ferret ...)

Very appreciated as a soloist and accompanist, he regularly performs on stage with different choirs and dance classes, as well as with his wife the classical singer Marie-Louise Khalifa.