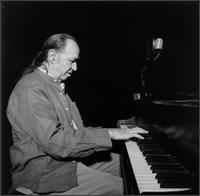 Real Name:
Robert L. Dorough
Profile:
American bebop and cool jazz pianist, composer and vocalese singer, born December 12, 1923 in Cherry Hill, Arkansas. Died on April 23, 2018 in Mount Bethel, Pennsylvania.
He worked with Miles Davis and Allen Ginsberg, among others. He has released vocal jazz albums periodically over the last 50 years, but he is perhaps best known as a voice and primary composer of many of the songs used in Schoolhouse Rock!, a series of educational animated shorts appearing on Saturday morning television in the 1970s and 1980s on ABC affiliates in the United States.
His songs were covered by Diana Krall, Jorge Pescara, Blossom Dearie, Sergio Mendes and many more.