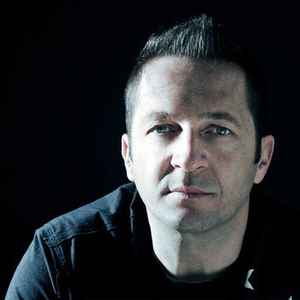 October 21, 2018
One of the best Italian producer & DJ well known for the stunning techno tracks released back in the days with Media Records group, and for techno I mean the underground side.

January 26, 2018
His tracks are instantly recognisable! Very techy and bugged out, some tracks with beautiful trancey vocals. For me what's alway noticable is his massive deep kick drums. Shakes your chest like no one else.

Mauro Picotto is a great electronic dance artist but I would not consider him top 5 material. Most of his sounds are bland and aren't inviting to the listener. You need something that is both bold and alluring. Well that's my style atleast, artist such as Ron Van Den Beuken, Marcel Woods, Airbase, Carl Nicholson are both hard yet very emotional. Mauro at times can be like this, but his latest productions don't compare to up and coming artists that are striving in the European dance world today.

October 26, 2003
Mauro Picotto is one the most talented and diverse DJ's around. He has an ear for a great tune and when playing live the variety of music you will hear is mind blowing. I saw him playing last night in a night called Inside Out in the Arches in Glasgow and I was astonished at how he just keeps getting better and better. His sets varied from techno to hard techno to electroclash to trance. His interaction with the crowd is excellent too. Mauro Picotto is, in my opinion, one of the top five DJ's of all time.

August 7, 2003
I am a great techno lover. i like many different deejays like umek, chris liebing, kramer to name a few....but still my biggest inspiration would have to be this guy...mauro picotto!!! I think he is the biggest artist to hit the electronic scene. His works are very original unlike other artists which just grab one particular style and keep on dragging with it. This man started out with great trance which i think cannot be classified as any type of trance. I mean listen to like this like that. Can u ever classify that as tech-trance, hardcore, hard dance or even melodic trance?? That's what i like about this guy. He's bloddy original. Then take other artist like chris liebing for example. His songs are great but always on the same style!!

His lives are terrific! i never heard anything so good. His mixing is simply artistic. What i really like is his ability to mix hard techno with trance! Name me one other deejay which can do that in an awesome way like mr picotto!
I think the peak of his work, in which he shows his full talent, is awesome ep. It's just great. All the tracks sound different and all on a techno style. Just perfect.

This producer will remain my biggest inspirarion. I think he is the guy which got me hooked to electronic music! :)

December 8, 2002
There are two sides to this guy it seems...one fantastic, the other...ummm...trancy
His techno & more experimental productions are virtually second to none when he does em, and i suspect this area is where his real love lies and all the trance fluff is just for the dolla...
Remember that southpark where cartman finds the right tone to make people shit themselves?? listen to 'baguette' on a 50k+ rig and stand by the speakers - dont forget to take some spare pants!