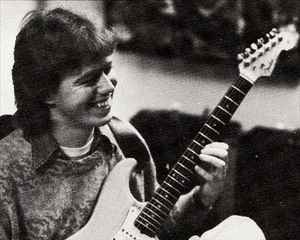 Real Name:
Michael Christian Bruun
Profile:
Michael Bruun (born 26 September 1950 - died 17 May 2021) was a Danish musician, music teacher, guitarist, composer, sound engineer and producer. His career began in the early 1970s, where he played in several bands with many different styles, including the progressive rock bands Thors Hammer and Sensory System, the pop bands Anaconda (6) & Tyggegummibanden, and the jazz-rock fusion group Heavy Joker. In 1976, he became co-owner of Werner Studios, where he soon developed his skills behind the mixer and ended up being the most influential Danish pop/rock producer from the start of the 80s through the 90s.

In 1979 he joined the popular reggae/pop group Tøsedrengene, and after their demise in 1985 he was member of the not so successful The Lejrbåls. In 1989, he started the highly successful pop-band Ray Dee Ohh with guitar player Poul Halberg and drummer Jan Sivertsen. After many hit songs on the Danish charts the group folded in 1992.