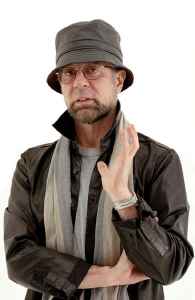 Manfred Mann started playing piano at the early age of 5 in South Africa. When being very dissatisfied with the situation in his country, he left it for the UK in 1961. Manfred Mann was hired by Mike Hugg for his band, which was soon to become the Mann-Hugg Blues Brothers. When signing a contract with EMI in 1963 the band was renamed to Manfred Mann (which is really the band's name and not only the person). They had a series of pop hits throughout the 60s but split up despite still being commercially successful in 1969. Mann and Hugg in the same year formed Manfred Mann Chapter Three, a Jazz-Rock oriented formation which issued two longplayers. Due to lack of success they disbanded in late 1970. Mann turned towards Rock music and formed the Manfred Mann's Earth Band (MMEB) in 1971 which is still active until today. Manfred Mann's use of the Moog synthesizer was key to the sound of this band and he is known as one of the world's best Moog players (if not the best). MMEB had a very successful area during the mid70's and early 80's but was disbanded by Mann in 1987 after being fed up with trying to produce hit records. He started a project which was based mostly on the music of Native American Indians named Manfred Mann's Plain Music and which released one record. After this Mann reformed the MMEB in 1991 and was starting again to release records with them occasionally but also to be a regular live band with extensive tours mostly in Europe until today.

August 19, 2021
Group names should be added under the artists professional name, not their real name. Why people keep doing this is beyond me.