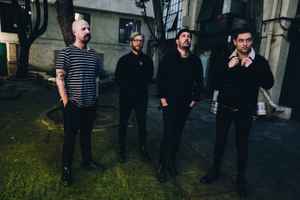 The Twilight Sad's third album, No One Can Ever Know, was released in February 2012 and marked another stylistic shift, with the band citing industrial music and krautrock influences for a darker, sparser sound. The band released their fourth studio album, Nobody Wants To Be Here And Nobody Wants To Leave, in October 2014 to critical acclaim. Mark Devine left the band amicably in January 2018; the band currently consists of Graham, MacFarlane, Johnny Docherty (bass), Brendan Smith (keyboards) and Sebastien Schultz (drums). They released their fifth album, It Won/t Be Like This All The Time, in January 2019.