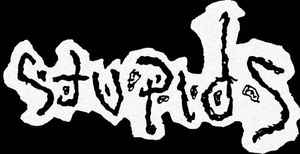 Profile:
The Stupids, from Ipswich, England, formed in 1984 and played some blazingly fast US-influenced hardcore punk/thrash in a time and place that was mostly filled with crusty metal punk & anarcho-punk. Where other such bands had mainly poignant and political lyrics, the Stupids wrote comical, less serious lyrics on subjects as diverse as the elephant man, love (jokingly of course), hating everyone, hating new wave, skateboarding, and more.
The bands "core" lineup featured Tommy Stupid on drums and vocals, Wolfie Retard on bass and vocals, and Marty Tuff on guitar, recorded and released a demo tape in 1984 that they called "Leave Your Ears Behind." The band was picked up by UK label Children Of The Revolution Records, who put out the Violent Nun EP (consisting of tracks from the demo) and the Peruvian Vacation LP in 1985. While preparing for their next LP, the band lost Wolfie on bass and acquired Ed Shred (who would later move to guitar). Retard Picnic came out in 1986, whereby The Stupids were signed by Vinyl Solution.
After the Stupids broke up in 1989, Tommy Stupid went on to drum in That's It, with the Stern brothers (of Youth Brigade), Ed formed Sink and even later on Chocolate, who were more pop-punk. More recently Tommy Stupid is better known as the drum n bass artist Klute & is as far removed musically from The Stupids as is possible.
In 2008 The Stupids reformed for what was supposed to be a one off live show in London. Realising the chemistry they still had as a live band, they went on to extend the live performances and even release a 7" Feel The Suck with 3 new songs. Four of their early releases were also re-issued by Boss Tuneage on limited coloured vinyl.
Sites:
thestupids.org, Facebook, MySpace
Aliases:
Coolest Retards, Frankfurter
Members:
Ed Wenn, Martin Hawkes, Mitchell Dickinson, Rossi O'Schmitt, Steve Snax, Tom Withers, Wolfie Retard
Variations:
Viewing All | Stupids
Les Stoops, Les Stupids, The Stupids

April 8, 2020
All of the band could play each other's instruments btw. I saw them at several gigs swap places for different songs. They played at a mate of mine (Mon a pro inline skater at the time) birthday party supported by a local band called Bone idle and the layabouts. Bone idle were meant to be produced by Capt Sensible for an lp deal but Capt Sensible suffered a family loss, the session was cancelled and before Bone idle could record an lp they split with only 2 demo tapes to their name but massive in the local area.