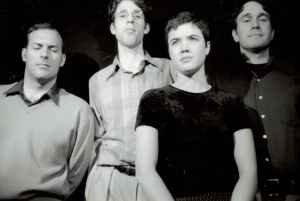 Profile:
Space Rock band from Seattle, that recorded three albums for Kranky between 1994 and 1998. They also released a number of singles for other record labels, which were collected in 1997 on the compilation "Another Fictionalized History".
Their music is a mesh of krautrock, shoegaze, drone, space-rock, and experimental electronica.
The band split in 1998, and Ritter and Brown recorded together as Fontanelle for a few more years.
Sites:
MySpace, southern.com, kranky.net
Members:
Andy Brown (2), Dawn Smithson, Jason Ritter, Michael Faeth, Rex Ritter