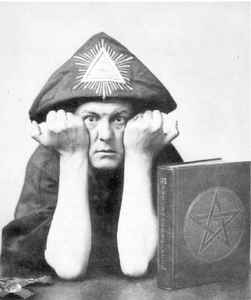 Real Name:
Edward Alexander Crowley
Profile:
Born in Leamington, Warwickshire, England, between 11:00pm and 12 midnight on 12 October 1875, Edward Alexander Crowley became the most infamous man in Britain. He was dubbed "The Wickedest Man in the World" by the British tabloids, however, he preferred the epithet "The Beast" originally given him by his devout Plymouth Brethren mother.
Died on 1 December 1947.