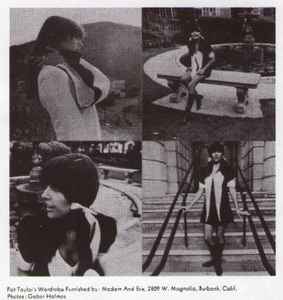 Profile:
American folk/rock singer. Not to be confused with Pat Taylor (6).

After her music career, Pat Taylor continued living in Southern California for the remainder of her life, where she raised her two children. She owned and operated a vintage clothing store called Hubba Hubba in Burbank for 30 years. She was also a columnist for the local publication The Tolucan, doing regular theater reviews for several decades. She passed away in her home in Burbank in June 2020. She is survived by her two children and three grandchildren.
In Groups:
A Letter Home