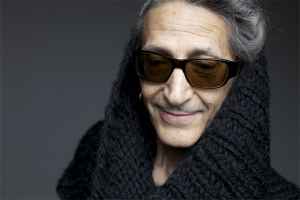 Real Name:
Haim Serge El Baaz
Profile:
Cheb i Sabbah (August 7, 1947 – November 6, 2013) was a DJ and composer/producer. With a DJ career spanning three decades, it would be difficult to find a more fascinating DJ than Cheb i Sabbah. Born in Algeria, a great source of his inspiration were his two uncles who were masters of the Malouf style, also known as Andalusian music. Cheb I described himself as a 'hajji', a musical pilgrim of the spirit. His name is another reference to his pilgrimage: Cheb is a nickname used by Algerian rai singers; Sabbah means 'morning', but the link is actually to Hassan i Sabbah, the Persian mystic whose legendary library is rumoured to be the largest in the world. Cheb i Sabbah passed away on November 6, 2013 in his home in San Francisco due to a stomach cancer.
Sites:
chebisabbah.com, sixdegreesrecords.com, MySpace, Twitter
In Groups:
DJ Cheb I Sabbah Wa Mektoub
Variations:
Viewing All | DJ Cheb I Sabbah
C. Sabbah, Cheb I Sabah, Cheb I Sabbah, Cheb i Sabbah, Cheb-I-Sabbah, Cheb-i Sabbah, DJ Cheb I Sabah, DJ Cheb-i-Sabbah, Sabbah

June 4, 2017
I met Serge or as everyone called him "Skippy" at an all night rave at the mantrap gloryhole. He was djing and bjing at the same time. Could that boy ever BJ!! He was such a great guy!
Reply  See 1 reply Notify me Helpful

January 9, 2017
When I first moved to San Francisco in 1995, Cheb was the house DJ on Thursday nights at a *tiny* little club in the lower Haight district called Nickie's. The dance floor, if you could call it that, was barely 10x20' and had a support pole smack in the middle of it. Cheb spun THE MOST ECLECTIC, globe-spanning, grooving underground tracks in town. The night wasn't heavily promoted (if at all), but I'm willing to wager that it had an epic proportion of attendees who were drawn in off the street, just walking by, who then became regulars. A brilliant way to kick off your weekend. Cheb is much missed. A gentle soul and a conduit for everything that music does to bring people together.
Reply  See 1 reply Notify me 2 Helpful