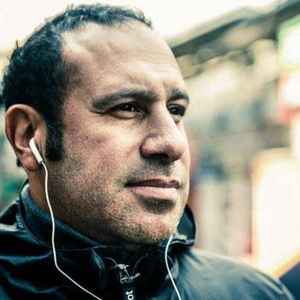 Beltran is one of the more well respected artists in electronic music over the past 30 years. His early work on Carl Craig's seminal Retroactive imprint sculpted a Detroit classic with hints of Derrick May, world music, and Jazz vibrations. He followed up in 1996 on label Peacefrog with arguably one of the most sought after techno classics "Ten Days of Blue," which is still John's most successfully licensed music with songs like "Collage of Dreams" being used in the Miramax film Human Traffic and the HBO hit Six Feet Under. His next project was entitled "The Cry" under the Placid Angles guise which MixMaster Morris charted as one of his favourite albums ever. Shortly after, the album "Moving On Through" was released on Apollo as well as the "Indio" album under the same name for Derrick May's Transmat label.

After focusing on techno and ambient music for the better part of the 1990's, the 2000's saw John evolving into making many different styles including 2 Latin albums for Ubiquity records and a drum n bass track for LTJ Bukem's hearalded Earth series compilations. John's love for real instrumentation has helped John not only be an in demand remixer but also engineer and mixer. Naturally, John's music works great wtih movies and TV which included creating the bumpers to and from commercial's on the Oprah Winfrey's show to various soundtracks. In 2012 John made a return to his trademark sound and has had a busy run on Delsin records with 3 full albums and his first Greatest Hits package. The last few years John has focused on making EP's on some strong new labels making a name for themselves showing John's amazing music to a whole new audience. 2020 saw John do his first full major soundtrack with the sci-fi movie 'Doors' to wide acclaim.
Sites:
johnbeltranmusic.com, Bandcamp, Facebook, Last.fm, MySpace, SoundCloud, Twitter, Wikipedia, Wikipedia
Aliases:
CNS, Nostalgic, Placid Angles, Sol Junkies, Sol Set, Sun Gypsy
In Groups:
Bel-Pull Productions, Indio, Sol Set Collective
Variations:
Viewing All | John Beltran
Beltran, J. Beltram, J. Beltran, J. Beltrán, J. Beltán, J.Beltran, John Beltram, John Beltrán

Джон - квинтэссенция понимания музыки в ее лучших цветах.
Drumn bass, Detroit techno, ambient, instrumental, u can her everything that embodies the gift of Life and its perception.
What a rare talent! Big respect to the man of true music

July 12, 2019
To me, John Beltran creates soundtracks for life. His music captures the human experience and puts it into melodies that reflect what it feels like to live in and experience our world. His tracks strike a rare balance between uplifting and melancholy that very few producers can pull off. You hear love, loss, excitement, disappointment, hope and despair all at the same time. You hear nature and the changing of the seasons. His music almost always emulates how you are feeling at the moment and where you are in your journey of life. His output has certainly increased in recent years and I am so thankful for it.