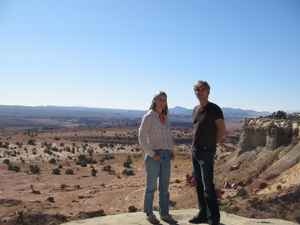 Profile:
Voice Of Eye is the duo of Bonnie McNairn and Jim Wilson who began working together when Bonnie joined the avantgarde ensemble Cruor based in Houston (Texas). After Ure Thrall left Cruor, the other members continued on as the noise/industrial combo Esoterica Landscapes 7, eventually paring down to Bonnie and Jim who then changed the name to Voice Of Eye. In the early 1990s, they collaborated with Ure Thrall's Terminus (2) project and recorded and performed as part of the short lived ensemble Asianova.