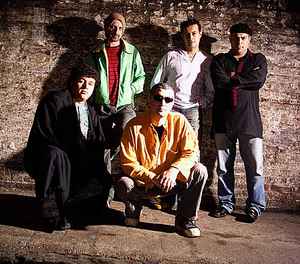 Real Name:
Necmi Cavli
Profile:
Oojami is the brainchild of Necmi Cavli, originally a native of Bodrum - a popular Turkish holiday resort. He moved to London in the nineties and started DJ'ing his own music in a small basement club in the Turkish quarter of North London. At the time nobody, including himself, predicted the exciting journey that he has was about to undertake. Over the last 6 years Oojami has produced 3 albums (internationally released on Miles Copland's label), played hundreds of gigs in over 15 countries, including a tour of the US/Canada, and featured on more than 30 compilations around the world. Recently he's begun writing soundtracks for major Hollywood movies, and his music has been licensed to EMI Arabia.
Oojami's music is groove orientated, and band is described as 'global band with Turkish influences'.
Sites:
oojami.co.uk
Members:
Necmi Cavli