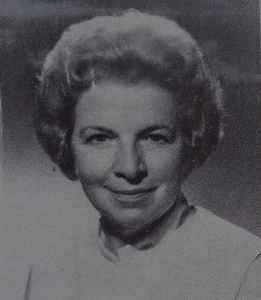 Profile:
Grace Nash received her BA from Ohio Wesleyan in 1930,a BM from Chicago Musical College in 1935, an MM from Chicago Musical College in 1936, and an Honorary Doctorate from Canaan College in 1973. Nash taught music in grades K-12 and was a supervisor of music. As a performing violinist, she taught music in the Philippines and served as the assistant concertmaster of the Manila Symphony. Following Nazi internment during WWII, Nash taught in the Music School of North Shore at Winnetka, Illinois. After her introduction to Orff Schulwerk, Nash eventually established an Orff Schulwerk certification program at Northern Arizona University, which was later moved to Colorado State University. Nash synthesized the teachings of Orff, Kodaly, Laban, and Phyllis Weikart into her own unique teaching approach. Nash has been a prolific writer, with works such as the four-volume "Music with Children" series, "Recorder for Beginners," and "Recorder Ensembles". Her memoir, "That We Might Live" describes Nash's years in the Philippines.