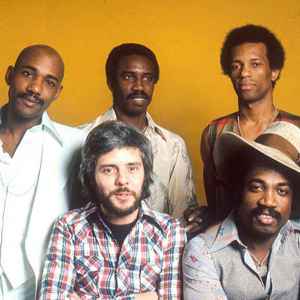 Profile:
Hot Chocolate formed in Brixton, London, England. Members of the group around Errol Brown included Tony Connor, Larry Ferguson, Harvey Hinsley, Derek Lewis, Pat Olive and Tony Wilson.
In 1969 while demoing a slight reggae version of the John Lennon song "Give Peace A Chance" with a group of friends, Errol Brown changed the lyrics of the number but he was informed that he could not change Lennon's song without his permission! So a copy of the demo was sent to the Beatles record label, 'Apple', with fingers crossed. John Lennon loved the version and it was released on the 'Apple' label. Errol and his friends were given the name, 'The Hot Chocolate Band', a name thought up by a secretary at the company but which the band later changed to 'Hot Chocolate'.
Towards the end of 1969 Mickie Most signed Errol and the cofounder of the group, Tony Wilson as writers and recorded their songs with Mary Hopkins, Julie Felix and Herman's Hermits before encouraging them to come up with a song for themselves. In 1970 'Hot Chocolate', with Errol Brown as lead singer released their first record entitled, "Love Is Life" which reached number 6 in the charts. This was the start of a fifteen year career for the group who amassed a total of over 30 hits and also became the only group in the UK to have a hit for fifteen consecutive years. Brown's bald headed charismatic image and unique voice being the central focus of the group along with a great song writing talent that saw him pen such pop classics as, "It Started With A Kiss","You Sexy Thing" and "Every 1's A Winner".
In 1981 'Hot Chocolate' had the honour of being invited by Prince Charles and Lady Diana at their pre-wedding reception at Buckingham Palace which was attended by heads of Government and many members of European Royalty.
In 1985 Errol left the band and took time out to spend more time with his wife and then young children, resurfacing in 1990 and 1993 to embark on successful solo tours of the UK. He helped with the promotion of the classic single "You Sexy Thing" which was featured in the movie 'The Full Monty' and re-released by EMI Records in 1997. A new Hot Chocolate 'Greatest Hits' compilation released in October 1997 reached number 10 in the album charts the next month. Errol also performed live on 'Top Of The Pops' as the single reached the number 6 position. Hot Chocolate hit the charts again in February 1998 when EMI reissued the single, "It Started With A Kiss" and appeared on TOTP again.
The same year Errol completed a sell out 58 date UK tour, which included an outstanding performance at the London Palladium in May. July 98 saw Errol on an extensive promotion tour of concerts, television/radio and media appearances throughout Germany having topped the bill at The Frankfurt Festival where he played to an audience of over 300,000. In 1999 Errol embarked on a very successful tour across the UK of 69 concerts. In the Queen's birthday honours list of June 2003 Errol was awarded an MBE by the Queen for "services to popular music". The investiture took place on Nov 27th 2003.
Errol stated - "I would like to say how very proud and moved I was to be honoured with an MBE". In 2004 Errol received the Ivor Novello award.
Sites:
errolbrown.com, hot-chocolate.co.uk, Wikipedia
Members:
Derek Lewis, Errol Brown, Greg Bannis, Harvey Hinsley, Larry Ferguson (2), Patrick Olive, Tony Connor, Tony Wilson (3)
Variations:
Viewing All | Hot Chocolate
Chocolat, Chocolate, Chot Chocolate, Hoot Chocolate, Hot Chocolade, Hot Chocolat, Hot Chocolate Band, Hotchocolate, Хот Чоколит, Хот Чокълит, ホットチョコレート, ホット・チョコレート